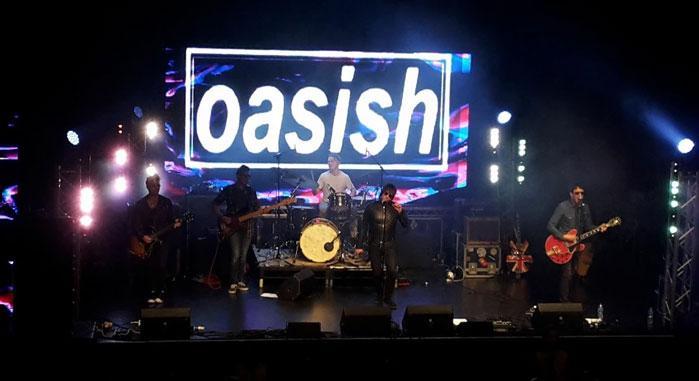 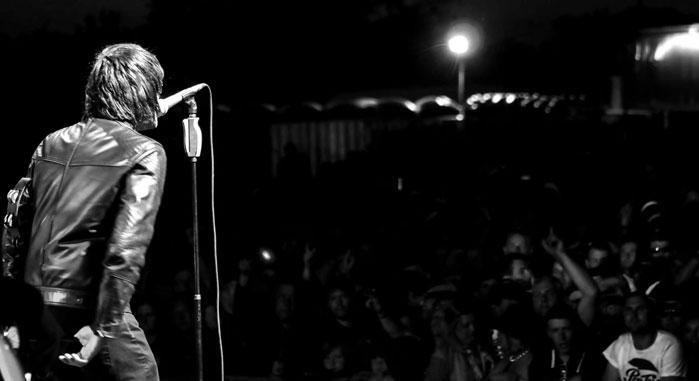 Oasish have been quoted as the world’s best Oasis tribute and have witnessed national success having performed at Wembley stadium throughout the 2013 FA cup final, seen by both Liam and Noel Gallagher. The Band have also been awarded the official UK no. 1 winner at the national tribute music awards 2017.

Since forming in 2004, Oasish have taken the tribute world by storm. The attention to detail is incredible and many have hailed them as being better than the real thing!

They have performed at Wembley Stadium, The National Indoor Arena, Manchester Academy and are the only band to perform at the now world famous Glastonbudget Festival
EVERY single year it’s been running.

The band don’t use cheap imitation copies of the real band’s instruments or clothes either! The “Noel” actually uses the exact same model of guitar,
a Gibson ES355, that the real Noel Gallagher plays.

Amps used are also custom made Hi Watt and vintage Fender amps to recreate that big oasis sound that became their trademark throughout the 90’s.

Oasish have performed on many big stages and at many big events and their clientele ranges from major corporate companies through to private parties for people lucky enough to book the band.

They are also no strangers to the TV screens either, having appeared on The One Show (BBC), The Gadget Show (Channel 5), Inside Out (ITV), GMTV (ITV), Sky News, The Culture Show (BBC) and numerous other broadcasts all across the television network.

They have also worked alongside big names such as Peter Kay, Jools Holland, Clint Boon (Inspiral Carpets), Dodgy and even performed with Shaun Ryder of The Happy Mondays!

Oasish also boast that they are the only oasis tribute to use a live string quartet on stage and have done this on several occasions when performing a bigger headline show at some of the many festivals they play throughout the spring/summer months.

The most authentic oasis tribute there is!

Please check out our INFO section as it holds the answers to most things we get asked. If it’s something else, feel free to email us and we’ll reply as soon as we can.

We’re also available via our Live chat, on the right of the screen.

Copyright Festiva Live Ltd 2022. All Rights Reserved. Due to the nature of festivals, acts, entertainment, artists, times, running orders are subject to cancellation and change. E&O.

We use cookies on our website to give you the most relevant experience by remembering your preferences and repeat visits. By clicking “Accept All”, you consent to the use of ALL the cookies. However, you may visit "Cookie Settings" to provide a controlled consent.
Accept All
Manage consent

This website uses cookies to improve your experience while you navigate through the website. Out of these, the cookies that are categorized as necessary are stored on your browser as they are essential for the working of basic functionalities of the website. We also use third-party cookies that help us analyze and understand how you use this website. These cookies will be stored in your browser only with your consent. You also have the option to opt-out of these cookies. But opting out of some of these cookies may affect your browsing experience.
Necessary Always Enabled
Necessary cookies are absolutely essential for the website to function properly. These cookies ensure basic functionalities and security features of the website, anonymously.
Functional
Functional cookies help to perform certain functionalities like sharing the content of the website on social media platforms, collect feedbacks, and other third-party features.
Performance
Performance cookies are used to understand and analyze the key performance indexes of the website which helps in delivering a better user experience for the visitors.
Analytics
Analytical cookies are used to understand how visitors interact with the website. These cookies help provide information on metrics the number of visitors, bounce rate, traffic source, etc.
Advertisement
Advertisement cookies are used to provide visitors with relevant ads and marketing campaigns. These cookies track visitors across websites and collect information to provide customized ads.
Others
Other uncategorized cookies are those that are being analyzed and have not been classified into a category as yet.
SAVE & ACCEPT